Anyone who knows me, knows that I can bore for England on Gerry Anderson so instead of Thunderbirds, Captain Scarlet et al, I thought I’d write a brief blog about something that few remember and should have been a TV series.

Way back in the 1960s, a series of toys was released under the Century 21 trademark which made the various Thunderbirds battery/friction models and later those of Captain Scarlet. They were all space vehicles (rockets, moon rovers etc.), some even based on genuine NASA ideas (Dyna-Soar and the USAF Experimental Lifting Body project) and one huge model was based on Zero-X from the first Thunderbirds film. Each toy came with a technical manual, which was in reality a catalogue of the available range, and an arrow-shaped badge with the SWORD logo, in a different colour and rank dependent on the “stage” of the toy (ie, the price).  I had several models which I wish I’d kept and looked after as they now command high prices on the dreaded Ebay (but hey-ho, when you’re ten you play with your toys, not keep them pristine in their boxes).

The line of toys was backed up by a weekly story in SOLO comic and then the strip had a reboot in the excellent TV21 (how many of you remember it?) in a series of text-only episodes each with a great picture heading, and what a story it was.

The year is 3031 and Earth is struck by a giant meteorite (yikes!), but instead of causing a giant tsunami and/or nuclear winter, this bad lad burrowed into the earth’s core causing all sorts of volcanic mayhem while sinking large parts of the world below the waves (America and the Pacific Rim ended up under the water as I seem to recall?) and it fell upon the Space World Organisation for Research and Development, or Project SWORD to save the world from disaster.

Luckily for SWORD their base was in London (hurrah!) and they set about evacuating the shattered and unstable Earth to the Moon, Mars and the outer planets (there was a settlement on Jupiter but I’ll let them off that one and assume that it was spread across it’s moons.). People were evacuated on a most-important-first basis while the others, rather inconsiderately called Rejects, had to wait until more living space became available for them. there were also a group who rejected help and fought against authority, these were the Casuals, who survived as best they could while raiding supply columns and sabotaging SWORD’s efforts whenever possible.

There was also a wonderful one-off annual which had comic strip and textual stories, beautiful illustrations with cut-away detail, background information and the usual jokes and quizzes. Also included as part of several story headings were pictures from the film, 2001 a Space Odyssey, plus personnel files with photos of some of the publishing staff done up as characters from the annual.

The tone was quite dark in that the best the organisation could do was keep the Rejects alive or attempt to avert some other catastrophe, and they often lost at this.

One story concentrated on a Reject who flipped because he hadn’t made the grade for the next launch and even shot his best friend.

Even the Casuals were not painted as specifically evil but just desperate, although there were some bad elements in one strip who stole a hovertank and wreaked havoc on SWORD’s London HQ before being stopped.

There was even a female Casual leader in one story (Egads sir, this is the sixties!).

The annual ended on a slightly hopeful note in the final story when an unstable reactor was suicidally towed to the flooded South Pole to explode (!!?) and relieve some of the pressure under the earth’s crust. Well, things were different fifty years ago.

There is so much more I could wax lyrical about but given SWORD’s lineage, it was a shame it never got made into a TV series like UFO or Space 1999 (it was far too serious for puppetry, I think). 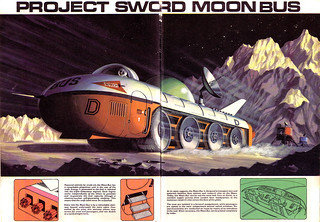 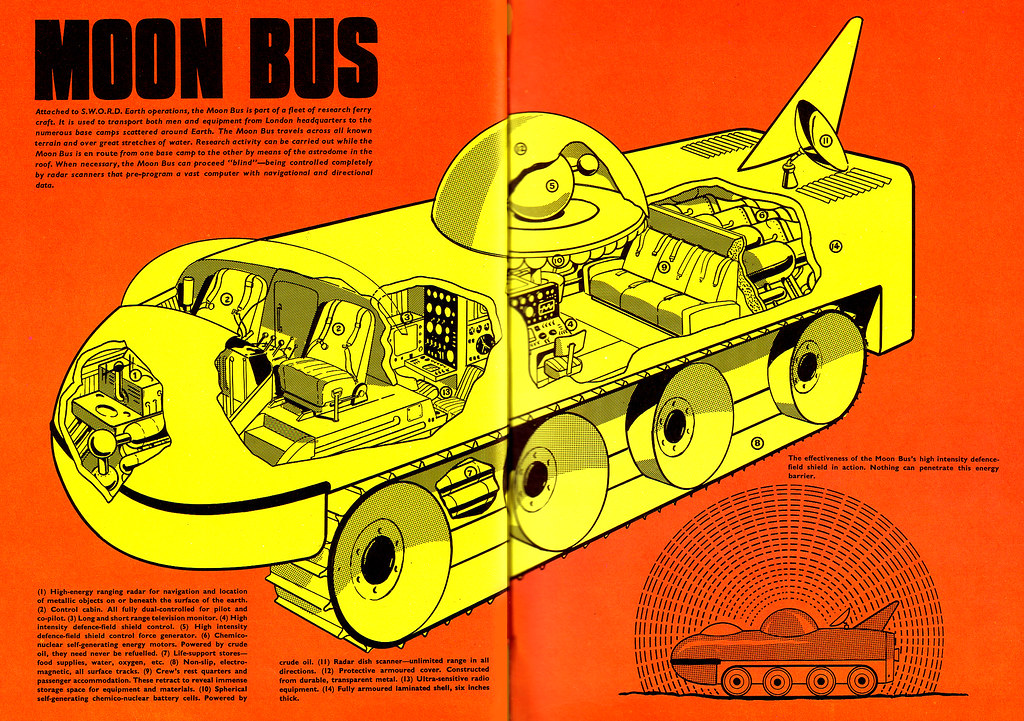 4 thoughts on “PROJECT SWORD, the Anderson series that never was?”

This site uses Akismet to reduce spam. Learn how your comment data is processed.

Author, dreamer and grandad, dreamed up my first book when I was a teenager and finally got around to writing it when nearly sixty, talk about a long game! First book; Sirkkusaga. A racy scifi story. Second book; Love bites. Vampires in modern day London. Third book; The Journals of Professor Guthridge. A ripping tale of supernatural revenge and bloody murder. Fourth book; Sirki's Children, the bittersweet sequel to Sirkkusaga. View all posts by kytwright