A fabulous beast causes a ruction at Mackintosh University. 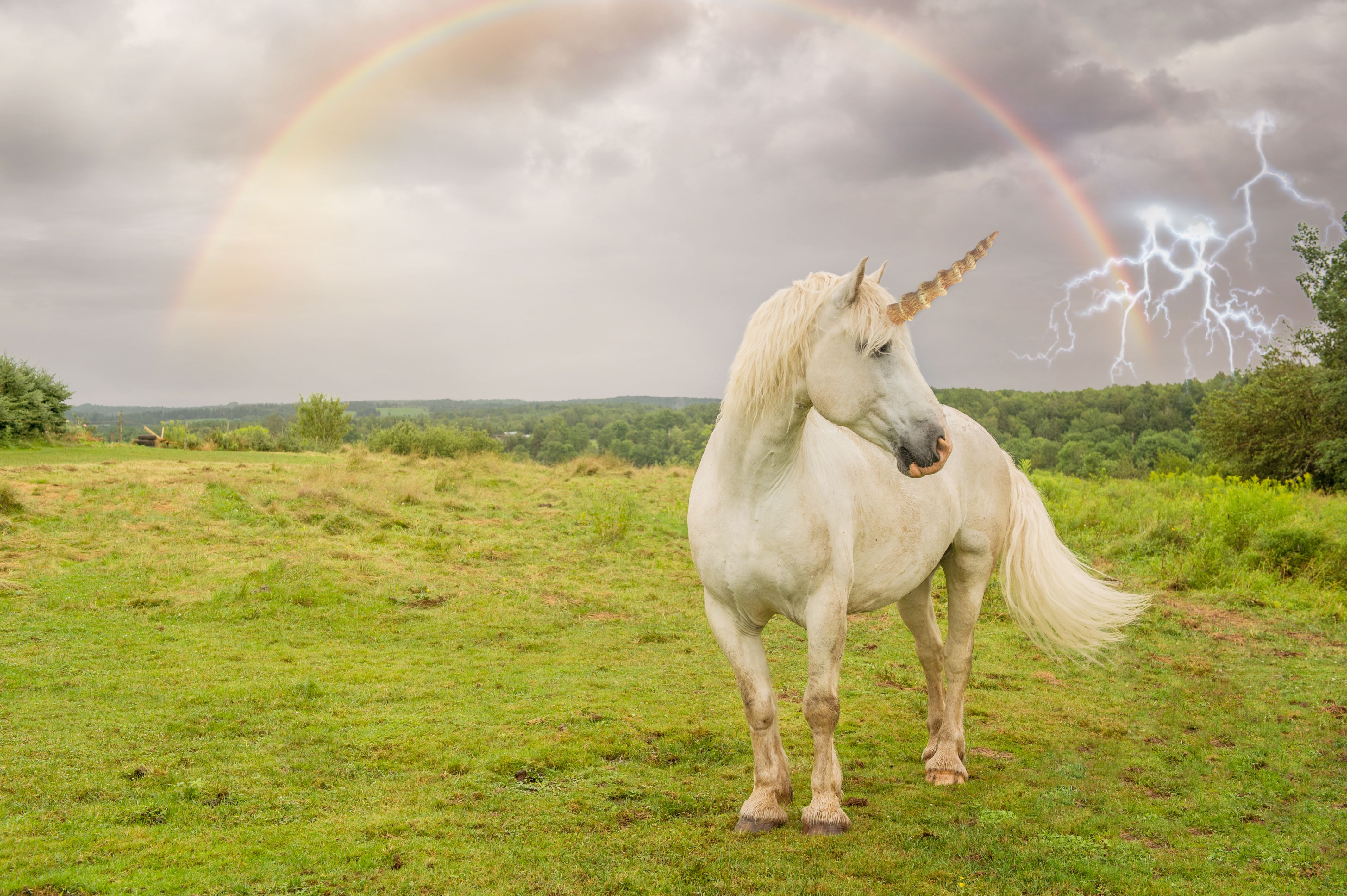 “So darlink students that concludes today’s lecture on mermaids and other sea creatures.” Mrs Blavatsky closed her folder. “Just remember if you are at seaside and you see pretty green eyed girl who smells of the fresh tide, check her teeth, if they’re sharp and pointy she’s probably a mermaid!”

Mrs Blavatsky watched as the students filed away, she was of a certain age with very black hair, a fine boned face and a tendency to wear a plethora of bangles, rings, necklaces and talismans. The Senior Lecturer in Applied Folklore had become very popular with the male members of the Mackintosh faculty since her tenure started six months ago, most especially with Professors Wheatley and Armstrong who both held a torch for the exotic bohemian woman.

Professor Armstrong, one of the aforementioned pair appeared at the door. “Yelena, something has arrived that might interest you.”

“Whatever is it Winslow?”

Before he could answer Wheatley pushed past him. “They’ve only caught a bloody unicorn!”

“I was about to say that,” remarked Armstrong sourly.

The young women had left the coffee shop and were walking back towards the University.

“So, have you done it with Trevor yet?” asked Gwennie Poole.

“Not as yet” replied Esther.

“You said you showed him your boobs?”

“I did, when he was trying that stupid spell.”

“If I show anyone my boobs, sex it is pretty much on the cards,” replied Gwennie, no-one would have thought that the bouncy refectory maid and the snooty beauty would have become such firm friends, but opposites attract as they say.

“Of course I have” replied Esther, blushing.

“Yes! Can we change the subject please?”

“Okay, what’s the name of that old record label?”

“Which one, Island, Charisma?”

“No… starts with a V?” laughed Gwennie.

The three lecturers were standing in the courtyard watching excitedly as the horsebox was backed in by an old brown Land Rover. An angry neighing could be heard inside, along with the sound of hooves angrily battering at the tailgate. A large number of curious students had gathered to watch proceedings.

“Where did they find it?” asked Armstrong.

“About twenty miles south of here near Outsmouth,” replied Jenkin the driver.

“Some idiot’s been messing around with a summoning spell, no doubt?” suggested Wheatley.

“The police had a hell of a job rounding it up,” remarked Jenkin. “I thought these things were all nice and gentle?”

“Only if led into captivity by virgin!” Yelena informed them in her heavy accent. “There is lot of how do you say, bullshit? Yes, bullshit, that is spoken about mythological beasts and with unicorn there is much bullshit.”

“I’ll quieten it down with a calming spell,” said Armstrong.

“Don’t be a silly man, Winslow, unicorn is very magic creature and you cannot control it with more magic.”

“Well what do we do with it then?” he asked

The pounding on the tailgate increased and the latches began to buckle. “For Thoth’s sake shore it up man!” shouted Principal Crowley who had joined the throng in the courtyard, in response, Purves the groundsman, and Jenkin, approached the horsebox with large staves of wood intending to chock them against the tailgate. Suddenly the tortured latches finally gave way and the tailgate fell open with a loud clang.

A hushed silence fell as the unicorn emerged from confinement shaking its head and angrily swinging its horn round as if sighting on a target. It was a magnificent creature with a coat of purest white and a yellow blond, almost golden, mane and tail, the horn itself seemed to shimmer in the sunlight.

It stood stoically, daring anyone to come near. “Well, now what?” asked Wheatley.

“We could throw a crystal wall around it?” suggested Armstrong.

The unicorn didn’t give them chance to do anything. Suddenly leaping forward it cantered around the yard, scattering people to left and right before sprinting for the exit while leaving a beautiful rainbow trail behind it.

“It’s heading for the town!” cried Crowley in alarm.

“Don’t worry, Sir, the gate golem will stop it, I’m sure?” asserted Wheatley.

“Really?” asked Armstrong as a clatter like the sound of a thousand breaking plant pots reached them.

The senior members of the faculty somewhat belatedly gave pursuit to the mythological beast and stepping over the wreckage of the gate guardian saw it galloping down the road. “See I told you it’s heading for town” wailed Crowley.

“Winslow, I think we could use a shackle spell followed by a wall as you suggested,” said Wheatley.

“I’m with you there, Dennis,” replied Armstrong, then spotting two girls walking towards the fleeing unicorn he exclaimed. “Oh Thoth, that’s Esther Hilditch and Gwennie Poole, the damned things heading straight for them.”

“We must hurry!” cried Mrs Blavatsky.

Gwennie shrieked as the unicorn galloped up but Esther stood to one side and raised her hand. “Whoa that’s quite enough!” The unicorn stopped and then nuzzled up to her.

“What the?” asked Gwennie in surprise.

“It’s only like a horse, Gwennie, and we have three at home.” she stroked the unicorn gently. “You are beautiful aren’t you, fancy frightening my friend like that?” the unicorn nickered and nudged Esther softly.

The Professors had finally caught up. “Ahem, well, Miss Hilditch, if you could lead this magnificent beast to the stables we’ll get it settled in,” suggested Professor Armstrong. “It will be alright now won’t it, Yelena?”

“Oh yes, now it has been captured in proper manner it will be as gentle as lamb.”

“Can I visit it?” asked Esther.

“As often as you like my dear,” replied Mrs Blavatsky.

As the strange party made their way back to the University, Gwennie, turned what she knew about unicorns over in her head then looked at her friend who was leading the now placid beast and smiled sagely, knew you’d never done it!